Over the Moon seems to be Media Design School’s most ambitious project to date, and the delightful short grabbed the Jury Prize at Siggraph Asia late last year.

During the shoot the professional crew of camera operators, actors, costume makers and makeup artists numbered 14, with two local professionals brought in to work on the final sound and music elements. A total of fifteen students worked tirelessly on the set, performing many art department tasks and helping with lighting and sound recording. Numerous students also handled post production elements in class.

Learn more about the making of Over The Moon with this  Q&A with James Cunningham, award-winning director and teacher at Media Design School

As a teacher at Media Design School how many graduation projects have you supervised and do you notice any difference between students as you observe different “generations” of graduates?

There have been nine projects I have supervised in my 5 years at the school. They are all quite different and were custom created for each class, but some that have found the biggest audiences or resonated with people the best were ‘Das Tub’, ‘Rotting Hill’ and ‘Shelved’. Rotting Hill is by far the most successful online. It has nearly 1.5 million plays.

Each class does seem different but the biggest difference is the numbers of students in each class. Now that we are teaching degrees the numbers are larger and the skills developed. In turn we keep lifting the bar on quality and complexity. 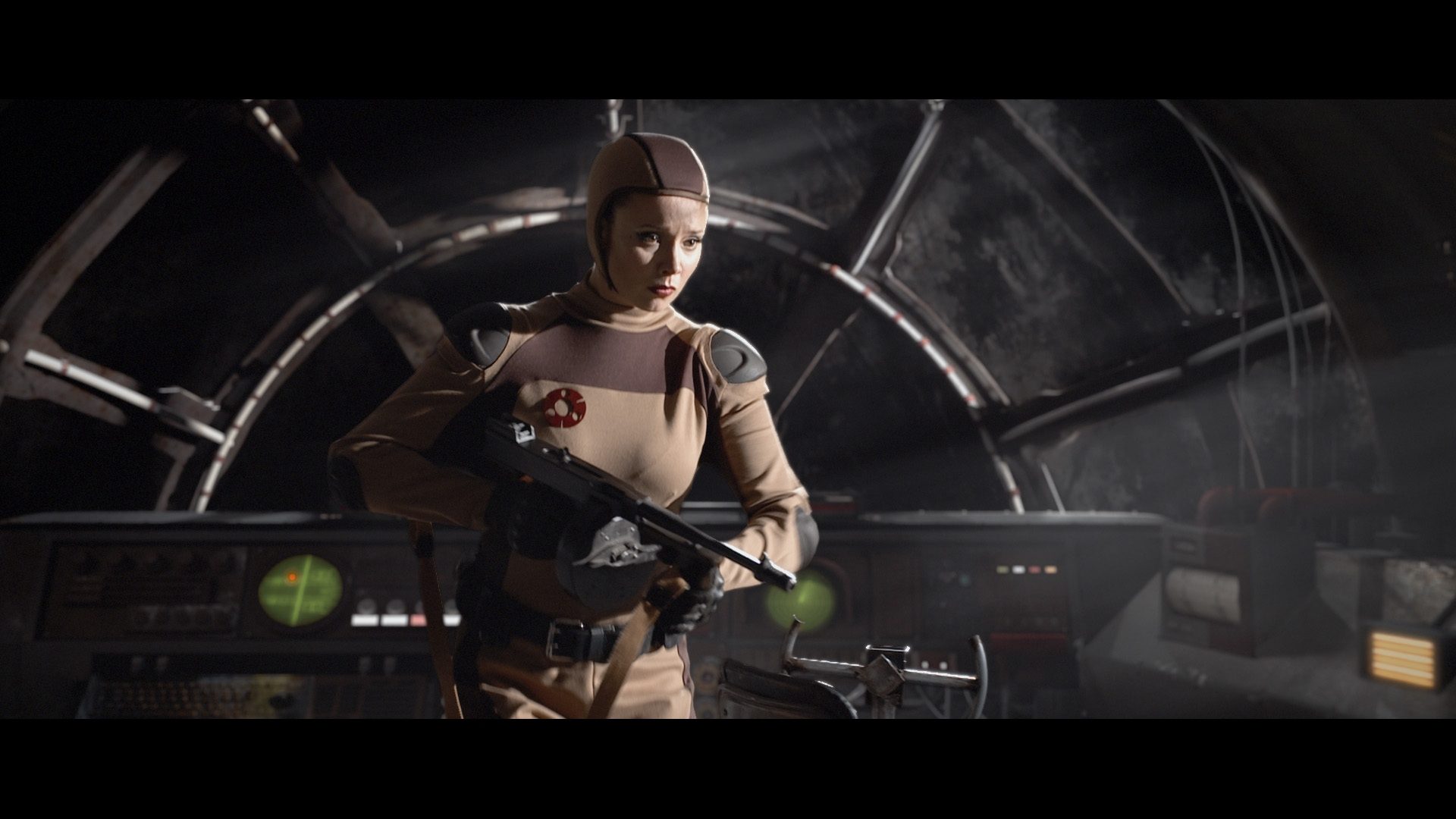 How did you come up with the concept of Over the Moon? What was your inspiration?

This was based on a comic series by a New Zealand comic artist Karl Wills, called ‘Connie Radar’. Connie is a superhero and her super power is her brain. She created her long suffering robot Julius and they have many adventures together. In this case Karl had three panels of Connie and Julius that were not part of a story, just her firing a gun out the window of her spaceship, and then yelling at Julius. Those panels inspired the question what are they firing at — the Americans and the Apollo 11.

What was harder for the team in Over the Moon – to develop the storyline or the technical aspects of the project?

For me the story is always a hard one. In this case Karl and I started months before the students started production. We came up with an entire other script that we threw away after 3 months. However for the students the hardest things were the technical challenges. 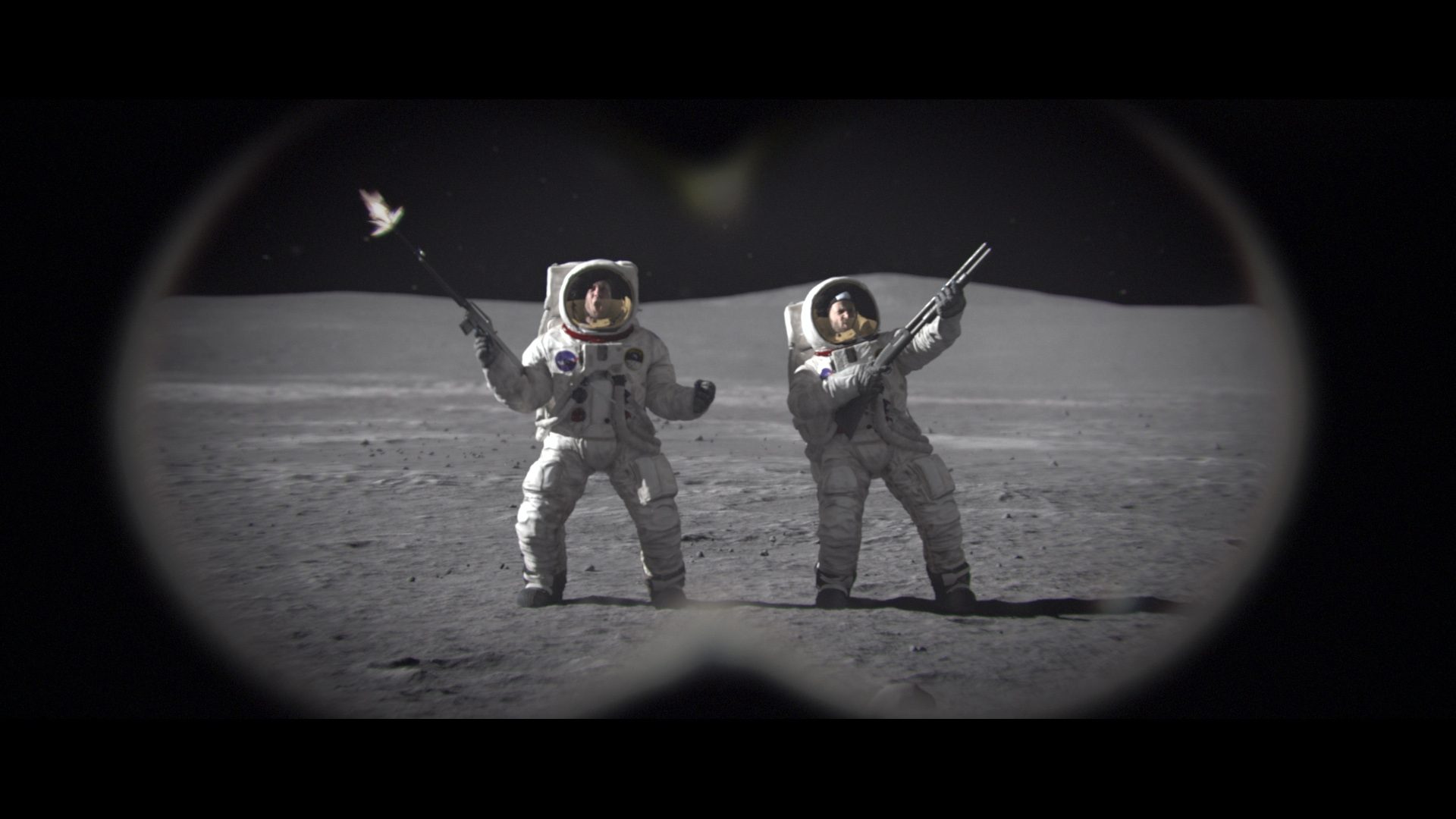 What challenges did you face during the project?

The biggest challenges were creating the moon scape terrain – that fine dust and matching it back to the NASA photography, the lighting on the moon – with a pure black sky and a harsh point of sunlight. The lighting and GI took some time to refine, animating over the actors and then tracking the actor heads back into the CGI astronaut suits – that was not easy.

I remember the day the trailers for Gravity come out halfway through our production. We all groaned and knew we have to lift the quality of our CGI astronauts. It was lots of fun going to rent the guns for the shoot. A guy I know rents them out for films and has hundreds of weapons of all sorts. We used a couple of replicas but they look completely real on camera. 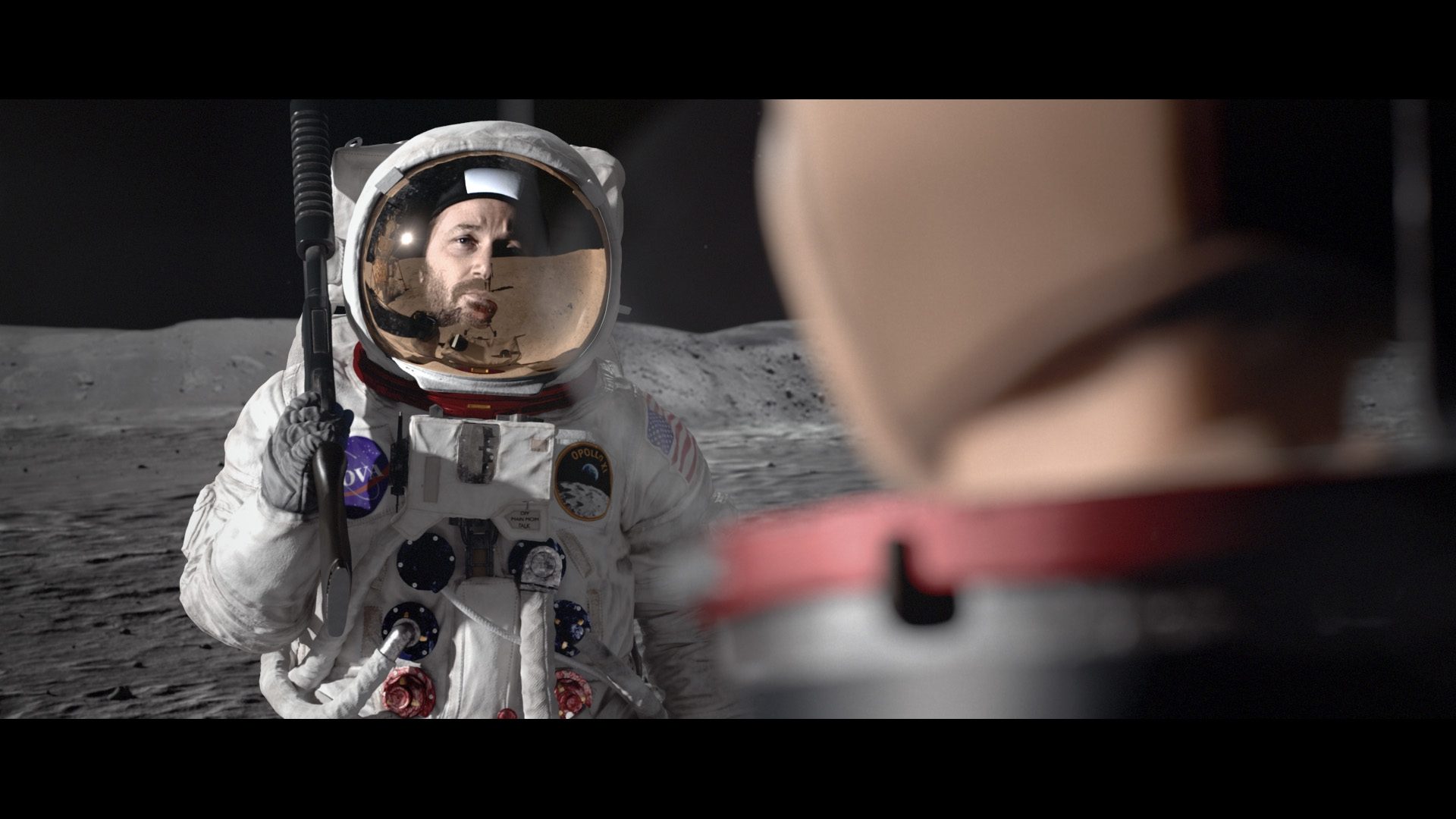 James Cunningham is a director of over a dozen award winning short films. He has more than ten years of industry experience including work on ‘Lord of the Rings, Fellowship of the Ring’. Cunningham continues to be involved in animated shorts as the instructor of the 3D animation course at Auckland’s Media Design School. Among his goals is making sure the work of students wins international recognition.

Over the Moon: Software Cheat Sheet

·        Modeling was a mix of Maya and Zbrush depending on the asset.

·        Lighting using V-Ray for Maya. V-Ray was responsible for all our rendering and physically accurate lighting

·        Dynamics was a mix of Maya or Houdini, depending on the complexity of the shot