Rodeo FX was once again called upon to create exceptional environments and immersive 3D matte paintings. However, Rodeo’s CG contributions were much larger than on any previous motion picture. In addition to environment work, ILM trusted Rodeo FX to create, simulate, and animate fully CG creatures and vehicles for a variety of sequences. Rodeo FX was also responsible for all the variations of the interior Robot Head shots, which included building and animating a complex CG rig used to control the actions and movements of the robots – a seamless photo-real blend of both CG and practical FX. 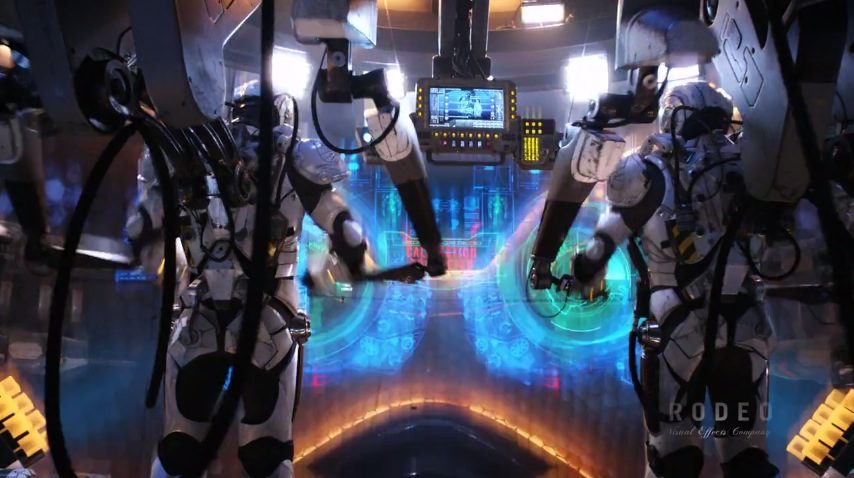 Rodeo FX’s President & Founder Sébastien Moreau, who served as the company’s VFX Supervisor and Executive Producer for this project, said, “’Pacific Rim’ represents yet another great collaboration between ILM and our company. We did a great deal of 3D hard surface and animation work, representing 12 minutes of VFX screen time. Over 80 of our people worked on this project during the course of a year, and all of our shots were delivered in layers, to facilitate the stereo conversion. We are also especially proud that we were assigned to create all of the Robot Head interior shots, as well as an Alien Brain, our first ‘Organic Creature.’” 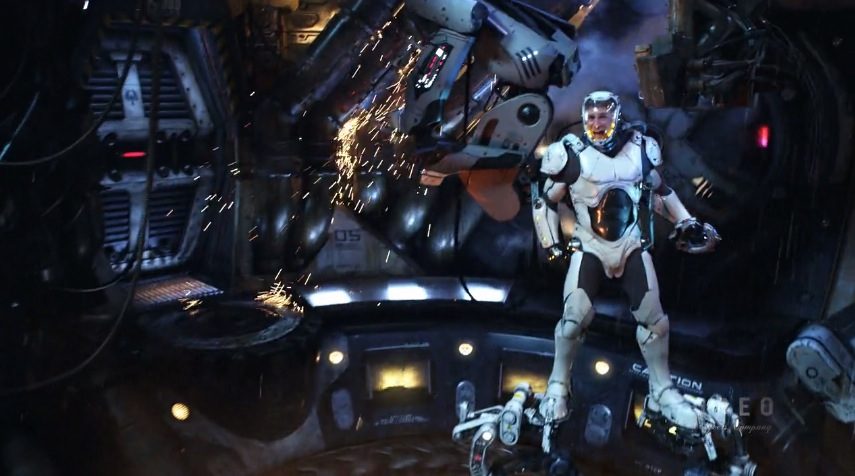 Regarding Rodeo FX’s contributions to “Pacific Rim,” Lindy DeQuattro, ILM’s VFX Supervisor, said, “The team at Rodeo FX contributed many innovative ideas to the design and animation of a number of shots in ‘Pacific Rim,’ including the conn pod interiors and the brains in Newt’s Lab. Getting the timing right for a comedic moment can be very tricky in CG, but I always looked forward to a laugh when I reviewed their animation for the brain suckers.  At the other end of the spectrum, their establishing matte painting work for the helipad shots was
moody, dramatic, and incredibly realistic.  Rodeo FX worked on a broad range of sequences which included asset building, animation, lighting and FX, as well as difficult compositing. I was very pleased with the results on all of it.” 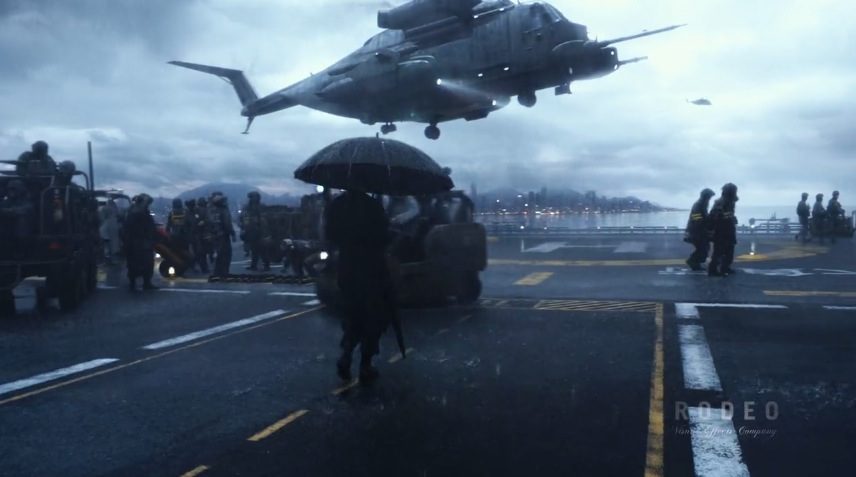 Through a combination of CG and practical FX, Rodeo FX developed the stilts mechanisms used on the feet of the live actors performing on set while they walked on Elliptical machines. Some concept work was done to help in the creation of this asset. The CG crew also constructed a CG brain that was set inside a very large water aquarium, which included water bubbles. The brain even had tentacles which had to “act” and move by intelligent thought. 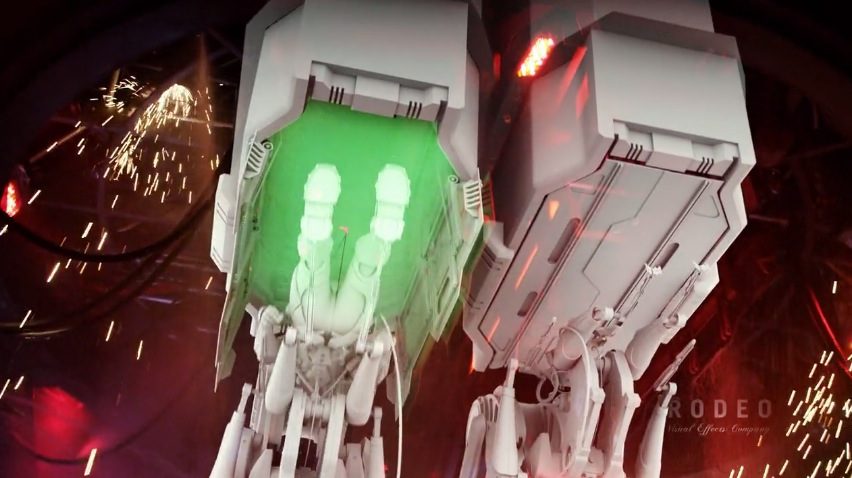 In the area of Environments, Rodeo FX had to create Hong Kong Bay and the Shatterdome, a military base located within a cliff along the shore of Hong Kong Bay. The Shatterdome model, which was created by Rodeo FX from artwork received from ILM, was a large-scale asset split into different main sections – the command building, the helipad platforms and the cliff itself.The team also did some complex set extensions which featured a variety of light and rain effects.

Rodeo FX used practical effects elements to augment and improve the realism of the CG and FX in many scenes. “We shot numerous rain elements and water — many of these shots had to depict water patterns caused by hovering helicopters near the Shatterdome landing pad,” Robert Bock, VFX DP for Pratical FX, said. Practical rain elements where also used for many of the matte paintings and to augment several live action scenes which required set-extensions.

Supervising a team of 30 within Rodeo FX’s Compositing Department, Laurent Spillemacker, compositing supervisor, oversaw all aspects of the compositing, to ensure a continuity of the look of the shots and the flawless integration of the CG work. Since the film was shot in 2D and post converted to 3D, Rodeo FX organized its work so the company could ultimately export every single layer.

“‘Pacific Rim’ represents the most comprehensive work our company has ever delivered, and stands as a true showcase to the entertainment industry of our company’s wealth of creative talents and technological expertise. We look forward to equally complex movies in the future!” Moreau concludes.