IT’S ART : Can you let’s know what was the role of MPC for Godzilla ?

Guillaume Rocheron  – MPC was responsible for creating Godzilla and the 2 Mutos. We then did most of the creature animation in the movie, starting with Godzilla’s reveal in Hawaii, and the 3rd act of the movie comprising of the Golden Gate bridge sequence, the Halo Jump and the final battle in San Francisco.

I.A. : Can we have an idea of the way you’ve worked to create Godzilla ? Wasn’t it too difficult to work in such an iconic character ? How have you manage to decide if the creature had to be different or not from the older movies ?

G.R. – Gareth Edwards, the director, wanted Godzilla to look like he was a creation of nature and not a fantasy character. But I think one of the most interesting aspects was to give Godzilla a presence on screen and personality. Along with clearly communicating the scale, I think making a 350ft creature somehow believable was definitely our biggest challenge. Making Godzilla move like a believable animal took our animation team a lot of exploration, because there was nothing we could copy straight from reality. The camera and shot design was made in such a way that the action would always be filmed from a point of view the viewers could relate to. Technically, you have to make sure you inject as much realism into his model, textures and rendering. We shot crocodiles, alligators and lizards to ensure we had photographic material to sculpt the details, paint the textures and design the shaders.

In order to animate Godzilla, we studied countless references of bear fights, lizards, komodo dragons and various predators so we could analyse not only the body mechanics but also the behaviours that would give him that animalistic feel. We then carefully introduced more humanized elements to his body language and facial animation so we could emphasize his personality. In that sense, there is definitely an homage to the traditional “man in a suit” version because Godzilla is not just an animal, he is a character that you want the audience to root for.

I.A. – Can we have an idea of the creative process during the creation of the creature and how you’ve exchange ideas with the director?

G.R. – It was a process that did last for pretty much the entire shot production. As we were animating shots, we would discuss and refine the personality of the creatures. There was a lot of exploration to do on Godzilla as to how best showcase his personality. It was important that the 3rd act fight wasn’t just animals fighting each other, like in a documentary. So we had to take creative license through the sequence to make it more cinematic. We also did a lot of back and forth on the shot design because Gareth really wanted the viewers to be able to relate to what was happening on screen. He often got us to put cameras on the ground or on rooftops, like you could actually have sent a film crew shoot the sequence.

The Mutos went through a very organic design phase to ensure their very graphic shapes were contributing to the shots composition. We picked a selection of shots that we would iterate on, showing adjustments on the limbs size or the mouth design completely rendered to make sure the changes would be meaningful in shot context and from different angles, distances and lighting conditions.

I.A. – What was the most difficult part to work on? Why ?

G.R. – The San Francisco battle was definitely the most complicated sequence because it required a lot of elements in order to integrate the creatures and create graphically interesting shots. Gareth loves composing frames with contrast and silhouettes which he did with Seamus, the DP, on all the practical photography. The 3rd act required us to offer him the same control but at the scale of an entire city so we could clearly show the giant creatures, even in a blacked out city at night. A typical shot would have CG creatures and a CG San Francisco, with smoke, fire and dust positioned around the creatures to achieve those very graphic frames Gareth liked. This meant being able to do a lot of art direction on all the atmospherics and creating many elements that would sell the scale of the creatures in relation to their environment.

I.A. – Can you speak about the buildings destruction shots and how Godzilla interact with it?

G.R. – As mentioned previously, the destruction and general atmospheric effects played a major role to integrate the creatures within the city and feature their scale. Viewers generally have a pretty good idea how fast smoke, dust or falling debris are moving. If you see them move very slowly against something, you then realize you are witnessing something really big. This is why added in every shot some elements of swirling dust, cascading water or falling debris giving the viewers a comparison to gravity.

Producing such large scale effects required us to improve our tools and techniques to handle such big quantities of data. We use Kali, our internal destruction tool, to destroy complete city blocks, or get skyscrapers to collapse under the action of the creatures. The interactive dust, at the scale of the creatures, represented just a huge volume of fluids to simulate. To handle these in a reasonable time, our FX leads devised methods to split those simulations in many localized events, based around the creatures’ anatomy. This solution also offered us great controls, allowing to art direct precisely certain parts of the shots.

I.A. – What about the battle versus humans on the bridge? Can we have details about this scene and how you’ve managed the physics simulation ?

G.R. – The sequence was shot in Vancouver on a very large Golden Gate Bridge set surrounded by greenscreens. We extended the bridge in many shots and recreated the San Francisco Bay using stitched tiles we shot. We simulated CG rain in order to create an interesting overcast depth treatment and create the moody atmosphere Gareth wanted. The CG bridge was completely recreated using photo references, so we could then rig cables and suspenders for the shots interacting with Godzilla. The bridge destruction shots were simulated using a combination of dynamic curves and Kali for the more solid parts. Explosions, dust, smoke and water were simulated in Flowline.

I.A. – Have you developed some specific tools for this movie?

G.R. – We always work on improving our toolset in order to create better characters and more convincing effects. We greatly improved our characters skinning to simulate the many type of skin and scales on Godzilla’s body. We improved on our Envirocam technique, developed for Man of Steel to help us recreate a photoreal CG San Francisco and added better artist controls in Kali to art direct destructions shots more precisely. But we also made sure that our lighting and FX toolsets made it easier for artists to manage very large and complex shots so they could ultimately spend more time working on the images.

I.A. – What were the challenges concerning lightning and rendering in Godzilla?

G.R. – The focus was to light the shots in a way that would always convey the scale of the characters. We used localized interactive lighting, gobos to emulate clouds casting shadows across their massive surfaces etc.. There was a lot of elements contributing to the final frames and everything had to be cohesively lit, from the buildings, to the dust, the destruction and the creatures.

I.A. – Do you consider your work as an artistic job? A technical job ? Why ?

G.R. – I think it is a combination of both because technology is a means to an end. Ultimately, we are here to help a director realize his vision. On a film like Godzilla, it is all about the realism and artistry you can inject in digital characters performances and the images you create. So you need to make sure you use and develop the technology that will support it and help you push things forward.

I.A. – How do you see the future of VFX and this industry ?

G.R. – I think we’re at a time where you can pretty much do anything with visual effects, even though every year we try to make things more convincing and use them in new and exciting ways. There are still incredibly difficult things to do and we generally have less and less time to do increasingly complicated work. But we are past the pure technical prowess of realizing something and more in service of achieving a director’s singular vision. I like to think that we are now an integral part of the filmmaking process and that we will keep working on finding ways for directors to make the best use of visual effects. 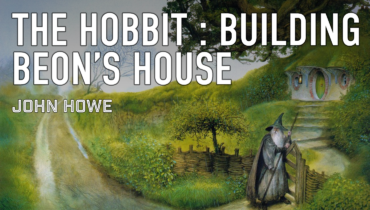