We’ve the chance to interview Pixomondo VFX Supervisor, Sven Martin, about the VFX made for Game of Thrones Season 3, focusing on the making of the dragons.

IT’S ART  : Pixomondo is working since the first season on the VFX of Game Of Thrones TV Show. Could you speak about the evolution of the work you’ve done for the series since 2 years ?

Sven Martin : With the knowledge of the second season we could start right away with facing the new challenges. The dragons where not just bigger copies of the previous season, actually we had to build them from scratch spending a huge amount of time into design and developing the new features. This time the camera was also much closer to the dragons, so we had to go much more into detail. The jaw e.g. had a special mechanic which could hide in ‘normal’ position and slide out and extend when Dragon goes into threatening mode. The complete inner mouth section had to be very precise with tongue, glands (for fire breathing) and dangerous teeth covered in saliva with the camera facing right at it. 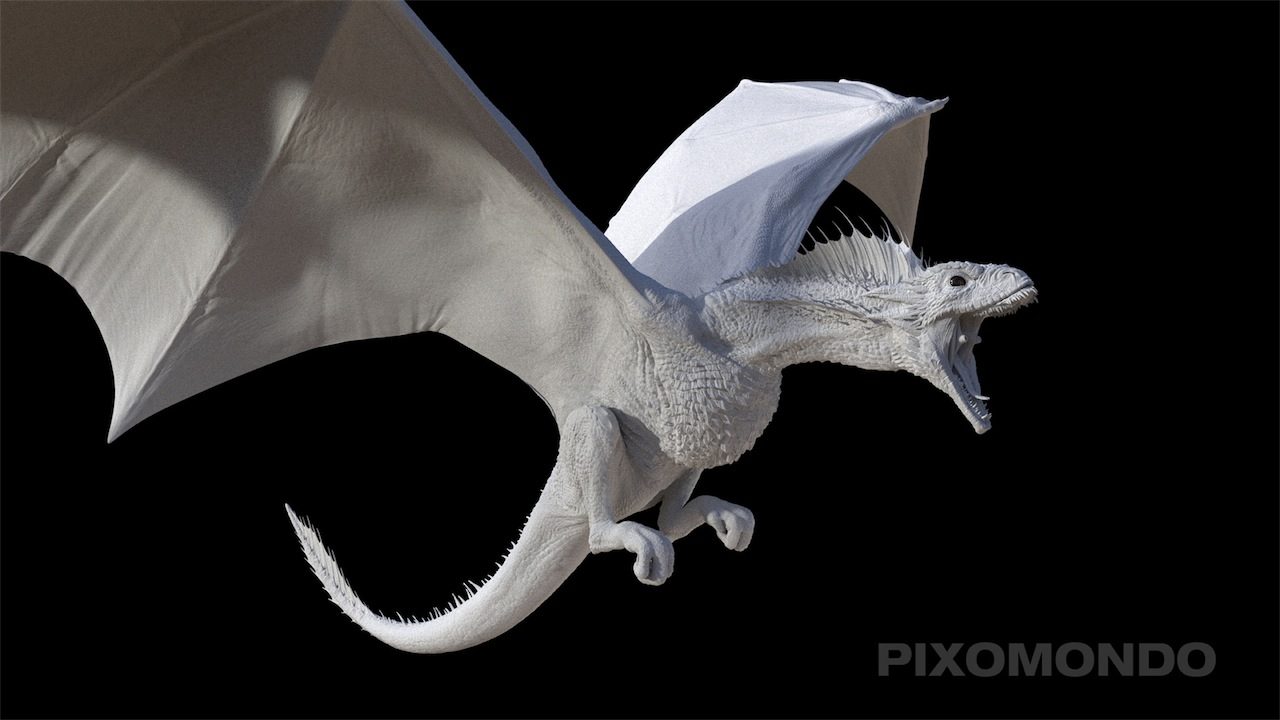 IA :  How many shots Pixomondo has worked for this season

SM : In Season 3 we worked on 151 Shots, split into set extensions and creature work. We have recreated places we’ve already visited in Season II and new sets like the extension of Ait-ben- Haddou, an acient city in Morocco. The Manticore attacks in one episode and the dragons appear on multiple locations, in the later episode in combination with crowd replications of armies and people.

IA : The dragons have appeared in Season 1 and have grown every year. How have you deal with the evolution of the animals ? Can you speak about the research done on the models, the rig ? How does the complexity have changed with each season ?

SM : From season II to III we changed the body proportions even more towards a typical bird skeleton. The wings got enlarged to a physical correct size to the body. We referenced a lot of footage from bats, birds or eagles for the various requested flight actions. They had to fly fast, hover, glide majestically or dive into water from some height.

To make them appear grown into teenage age, we shrunk the head slightly and implemented more spikes around the face and neck, little bit a like a first growing beard. Also the dragon got some nice scary features which they display in threatening  mode.

The rig became much more complicated in the last season, especially with the higher detail and all the larger spikes, horns and expandable frills. All this can’t be achieved with traditional sculpting and displacement and has to be implemented fully functional in the virtual rig. It’s always amazing to see how complicated and complex nature is, when you are starting to rebuild it digitally. 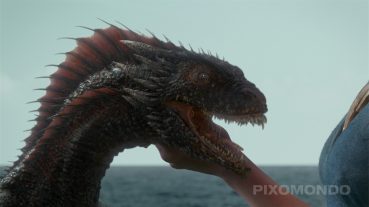 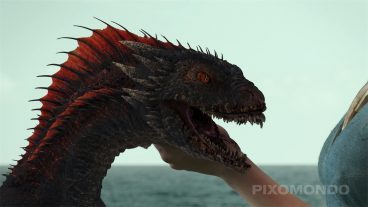 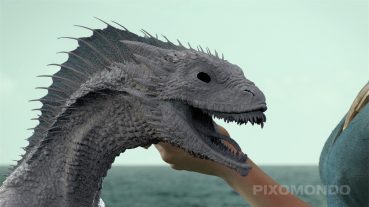 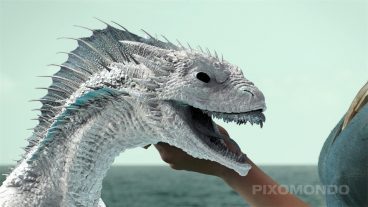 IA:  What was your references for the dragons to define their abilities to flight, fight, the way the throw fire, etc …

SM : Main approach to create believable creatures was to study and imitate real living animals. Also we build up our dragons from ‘insight out’ starting with a anatomical correct skeleton, building muscles and skin above. While the skin tones are a mixture of existing reptiles, the body proportions mimic bird-like animals to make them fly when they are getting older. As with the modeling and design we referenced a variety of different flying animals and used the most interesting parts for our animation. While adopting the flight behaviors from bats till eagles we always had to maintain a believable mixture.