A Discovery of Witches is a television series produced by Bad Wolf and Sky Studios, based on the All Souls trilogy by Deborah Harkness. The Axis team delivered 100 shots for 10 episodes for Sky’s biggest returning Original launch in just under a decade.

Axis Bristol-based VFX team combined their expertise in FX, animation and environments to recreate a historically accurate CG Elizabethan London, which acts as the dramatic landscape of the hit series.

To ensure historical veracity, iconic London buildings like St. Paul’s Cathedral and London Bridge were recreated using cross-referenced, 450-year-old pencil sketches. No expense was spared on the micro details of Elizabethan life, either; Axis meticulously researched everything from street furniture to the types of bridle used on horses.

Axis’ Lighting and Rendering department worked to evoke the moody character of Elizabethan London. The team created versions of the CG city at different times of day, night and year to ensure that whenever an establishing shot appeared the cityscape was consistent with ADoW’s storyline and current timescale, and that its tone and appearance matched that of the surrounding scenes in the edit.

For street-level city shots, Axis extended in-camera plates filmed on a physical set constructed outside of Cardiff. The Axis team scanned the entire construction of streets, buildings and courtyards using a Leica BLK 360 laser scanner, with the resulting scans used for pre-vis or to select shot perspectives with CG cameras. 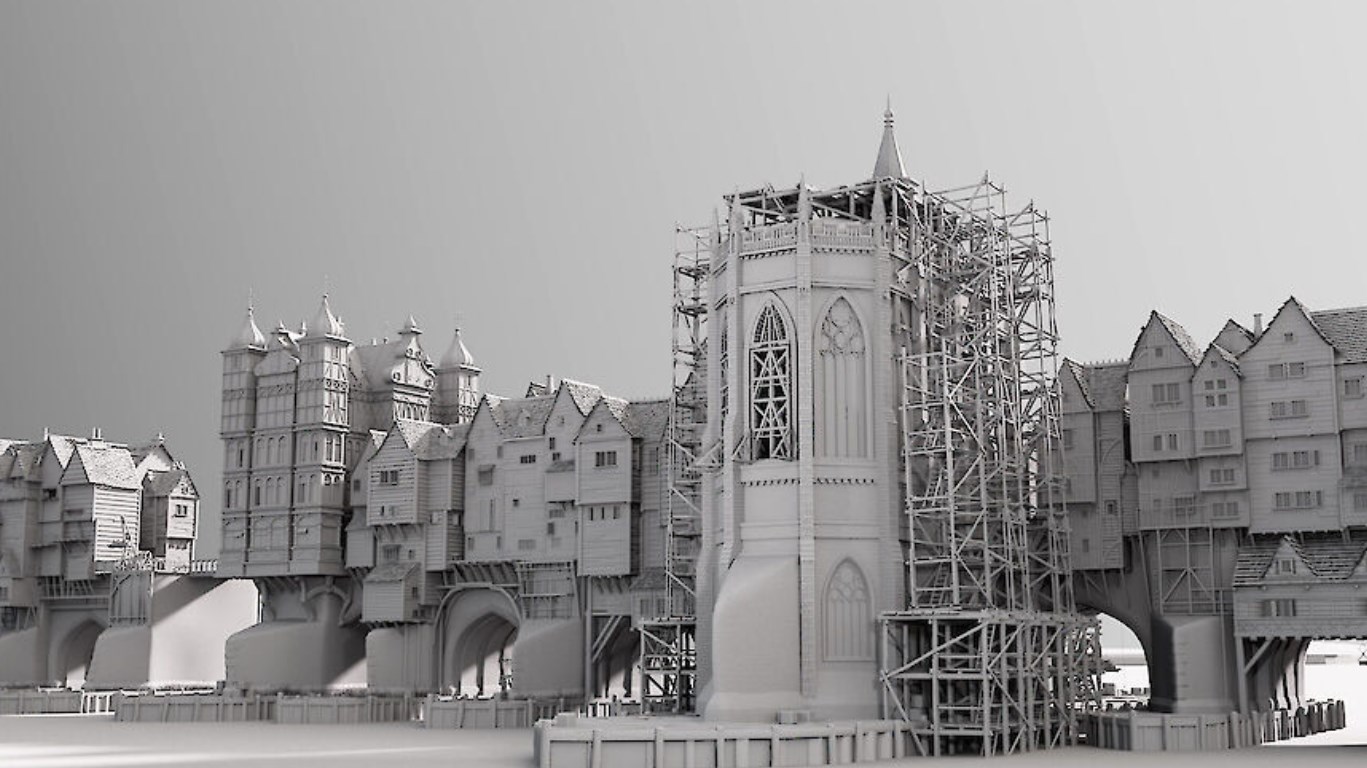 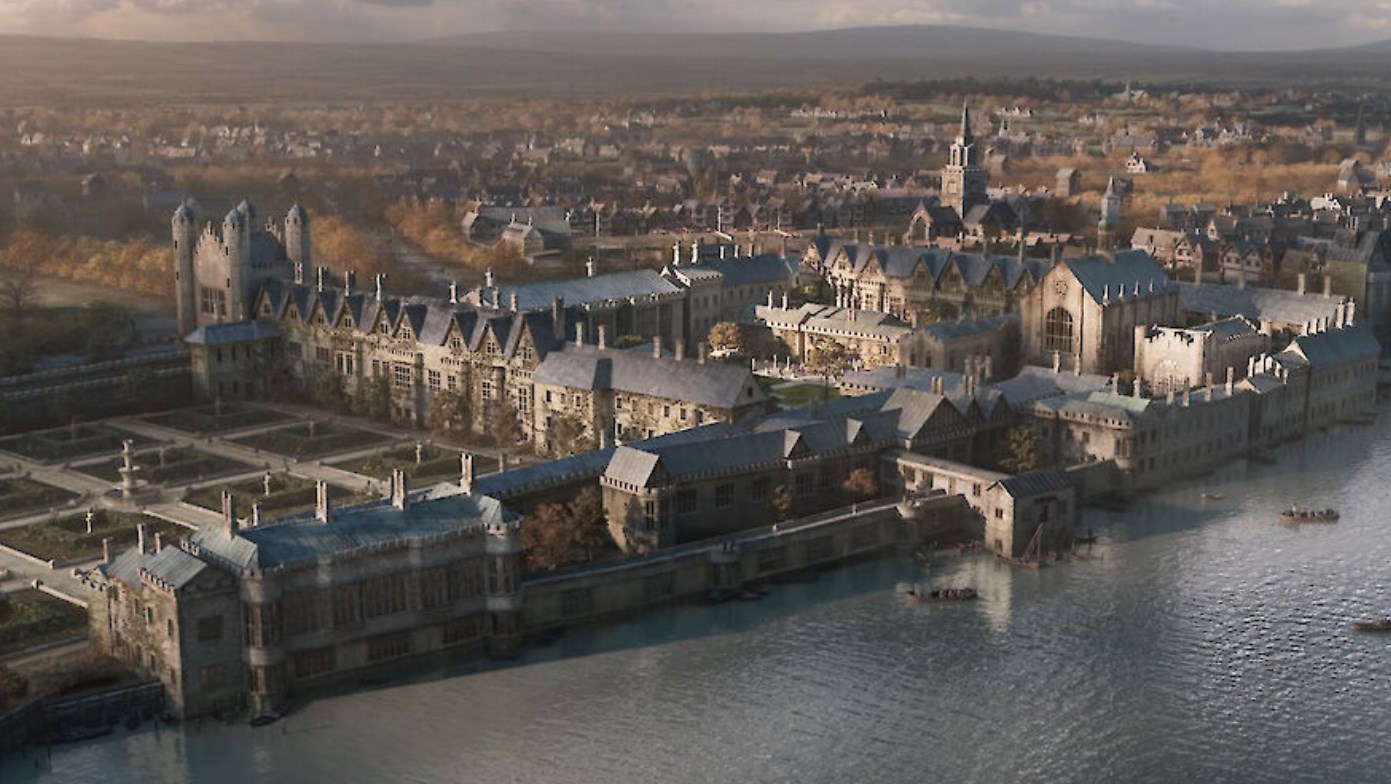