Elastic is an animation studio of creativity, innovation and quality by always offering both graphic and visual design solutions for feature films and TV series. Headless has specialized in the creation and development of styles, looks and characters for animated films, bringing the highest standards always aiming to mix classicism with a modern perspective.

Victor Maldonado : When we decided to create a studio together, we were already developing what would be our first project. It was a feature film project called The Strange Case of Dad´s Missing Head. It unfortunately never got made, but it felt right to use this “headless” concept as a name for our collective, as well as some sort of statement.

IT’S ART :  Can you describe your background as artists?

Victor Maldonado : The three of us have a very similar background as we’ve been pretty much working together for more than ten years. Before working professionally, we studied art at a fine arts academy. Funny enough the three of us dropped out very quickly, some of us didn’t even finish the first year. We realized we weren’t learning the things that we thought were useful, as it was a place to learn how to act as an artist instead of being one. Lucky for us, we got hired by an animation company right away. We started our professional career at an early age.

We started, as usually happens, working on very low quality television series. We were doing character design work or anything they’d let us do for that matter. We specialized on character design and moved into storyboarding as soon as we had the opportunity. After a while, we had the chance to art direct a feature film and from there we jumped into directing our first feature soon after.

IT’S ART :  What first drew you to animation?

Victor Maldonado : It was very cliché as we were all attracted to comic books and the illustration world while growing up. Animation was appealing, as well, but back then the amount of technical information was very limited. There were literally no animation schools, so it never crossed our minds that that could be a possible professional path. While we were studying at the fine arts school, we got in touch with the first “making of” documentaries and “art of” books that came out and the amazing level of craft and art behind animated movies blew our minds. They also allowed us to learn little by little the technical aspects of animation.

IT’S ART :  What is your own definition of art? How would you describe your overall design aesthetic?
Victor Maldonado : Art is anything that inspires or touches you. Doesn’t matter if it’s a comic strip or a classic painting. In my opinion, anything that gets to you at any level is art.

It’s very difficult to define our design aesthetic, as it’s the combination of three sensibilities instead of one. That makes it more “variable” and it changes depending on who is pushing more, or who has a clearer view, or who is more inspired on that specific moment or project.

However, there’s always a common thread in our work. People define it as a very colorful and stylized aesthetic. We try to go as far as possible from reality and find a way of showing things in a simple and appealing way. Our drawing skills are pretty limited, so we take advantage of those limitations to create characters or environments in a different and peculiar way. 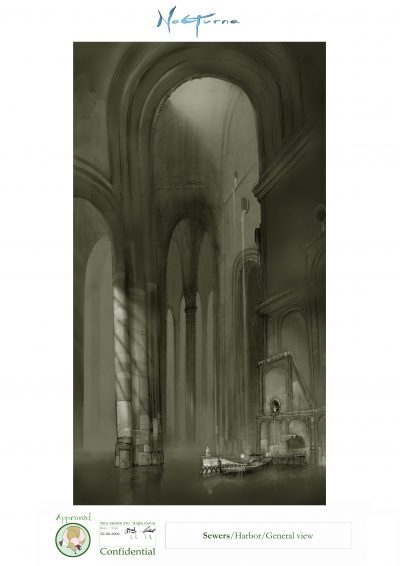 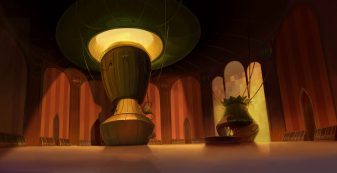 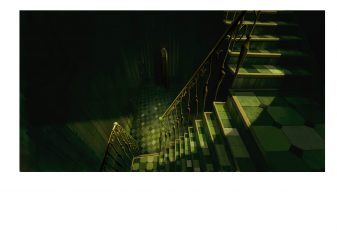 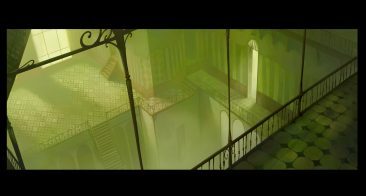 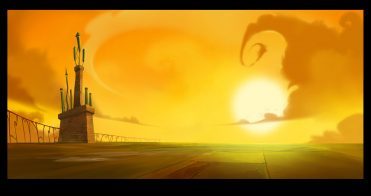 IT’S ART :  What would you say is the most fun and interesting project you’ve worked on? In what ways did it challenge you artistically and how did you work through those challenges?

Victor Maldonado : There are many projects that we love. Anything we create from scratch. The most challenging experience so far was directing a feature film. It was called Nocturna and it was based on our own original idea, so everything related to that project was very personal.

The truth is the bigger challenges weren’t artistic, but production oriented, as we had to learn the realities of producing a movie within the limitations of a European budget.

In retrospect, on an artistic level, it was like jumping into the ocean when you barely know how to float. We had to figure out how to do things as we were doing them based on instincts because we weren’t prepared or had the experience.

The movie had loads of challenging aspects artistically from a peculiar design and it drove the animators crazy. Since everything happened in one night, the color and light aspect made it very tricky. To make the one night story interesting, we tried to create an unreal aesthetic by showing night in a different way. With loads of colors and shades, we wanted to make sure it didn’t feel depressing or eerie. The idea was that within the darkness of the night there would be an evolution.

IT’S ART :  What do you do for inspiration? Can you talk a little bit about your creative process and workflow? What tools do you find indispensable for your work?

Victor Maldonado : Unfortunately, inspiration is something that becomes more and more difficult to find. We are so overexposed on a regular bases to thousands of beautiful and crafty images that at one point you become a bit desensitized. I’m not saying that we don’t see things that blow us away, far from that, but inspiration at this point comes from real things from real life, from the need to talk about something that interests you on a personal level.

Our process is pretty standard. It starts always with the story. Doesn’t matter if it is a commercial, a feature film, or a series. The first step is to understand the world, the characters that you have to create. Basically, we try to read and write as much as possible. In the case when a project is not created by us, we try to talk with the person who came up with it, so that we get into their mind and understand their goals.

Once you know the tone of the piece and the personalities of the characters, then it’s a matter of making a first round, putting on paper in a very chaotic way all our first reactions. Usually we do that separately, so that each one of us can give a fresh vision. At that stage, it doesn’t really matter the quality of the drawing; it’s about ideas and trying to bring something fresh to the table. Then we analyze the result, talk about the material and we start narrowing down the possibilities, choosing the designs or ideas that feel more interesting or more in sync with the project.

From that point on, the work is more organic and we tend to exchange materials and work over each other’s designs, polishing details and adding little ideas to the main designs. At the end, probably all of us have touched and retouched all the material. That’s something that we don’t mind and helps create a more unified style.

IT’S ART : How did you become involved with the FEMA “Our Home” PSA? How long did it take to create? What software did you use?

Victor Maldonado : The guys at Elastic sent us the briefing for the commercial and as soon as we read it we knew this could be one of those special ads. We sent our approach to the agency and they liked it. It took around two and a half months to complete – perhaps a bit more if you count some of the pre-production.

All the production was made at Elastic’s studio in LA while we oversaw the work from Spain. Thanks to the team, especially the 3D supervisor Max Ulichney, it was very easy to work despite the distance.

8. What are some essential skills needed to be a great animation director? What advice would you give to an aspiring animator?

Victor Maldonado : I think to direct animation is as easy or complex as directing any other thing. It’s a matter of vision and clarity, that’s all. You need to have a vision of what you want and then count on the people around you to help you realize it. Sometimes that vision changes through the process but that’s the greatness of the medium — the collaborative aspect of it. So I’d say it’s a combination of vision and team effort.

For all aspiring animators, I’d say that as with any other craft or artistic skill it’s a matter of practice and dedication, but beyond that it’s a matter of finding one’s voice or style, trying to define what that thing is that will make you special and stand out from the rest. The world is full of people with incredible skills, but at this point that’s not enough – it’s a matter of having something different to offer.

IT’S ART :  What are you working on now? What does the future look like for Headless?
Victor Maldonado : We’re working on many things. We work on a regular basis for other companies designing and storyboarding while we develop our own ideas — something we never stop doing. We’re also attached as directors to a feature film called W.I.S.H. Police produced by Reel FX in the States. It’s still at a very early stage, but we’re very excited about it.

About Elastic:
With studios in Los Angeles and New York, Elastic is home to a group of filmmakers that have found their voice through years of experience across an impressive range of visual mediums. With the support of award-winning sister companies Rock Paper Scissors and a52 VFX, the directors at Elastic are unconstrained by technique and have the freedom to support their vision by tapping into the talents and unique resources that have made each of these companies excel. Every director brings with them a history and understanding that influences their work and defines their craft. For these directors, their years of experience and love for animation, editorial and visual effects have culminated in the creation of Elastic.