We had the chance to meet one of the most talented artists behind the magic world of cartoon 3d animation. Her name is Angela Smaldone.

She was born in southern Italy, Bari, 33 years ago. After attending the school, Centro Sperimentale di cinematografia in Turin, and Les gobelins-ecole de l’image in Paris, she started her career. She spent 9 years in Paris and she recently moved to the west coast, in Vancouver.

Both a CG modeler and a digital vis dev artist, coming from traditional sculpture, she`s been working for Illumination Entertainment and Sony Imageworks on movies such as `The lorax`, `Desplicable me 2`, `Hotel Transylvania 2`, and more recently as a lead modeler on `The little prince` and `Mune`, respectively presented at the Cannes and Annecy 2015 film festivals.

Her experience of the last years on some international, big productions let her develop a particular know-how in character development and modeling, which are her specialties.
We reached her out in Vancouver to ask her a few questions about her work, her passions and the creative process behind the making of a movie.

I.A. Magazine :  So a simple question to start: why modeling?

Angela Smaldone : I can`t really remember when I started using my hands to create shapes with clay. It was something I`ve always done, ever since I was a child. Of course as a child that was just for fun, but around the age of 17, I started realizing that this could really be something bigger for me. In the beginning, I didn`t have any clue about the animation industry. I didn’t know what modeling or sculpting meant in terms of digital animation. I crafted some maquettes from cartoon character designs and enjoyed it more than anything else. That`s why I stayed with modeling instead of painting or playing piano. That was the activity that made me feel the happiest. When it was time to decide what to do with my life professionally, I thought this was what I could do best, so I gave it a try.

I.A.M. :  How did you get started to this singular job of modeling characters for animation?

A.S. : I studied character modeling at the Centro Sperimentale di Cinematografia, an art school in Turin, Italy. At first we worked in clay doing stop motion short films and school tests. Then later in the program we learned how to use the 3D software which is standard for the industry. In the very beginning I was always switching from real sculpting to digital modeling. It was challenging but it definitely opened my mind to a wide range of possibilities. Professionally speaking, I am really glad to have had a foundation in physical sculpture techniques because you need to know how to build things in the real world, be challenged by gravity and physics in order to know how to give structure and credibility and weight to things in the virtual world. 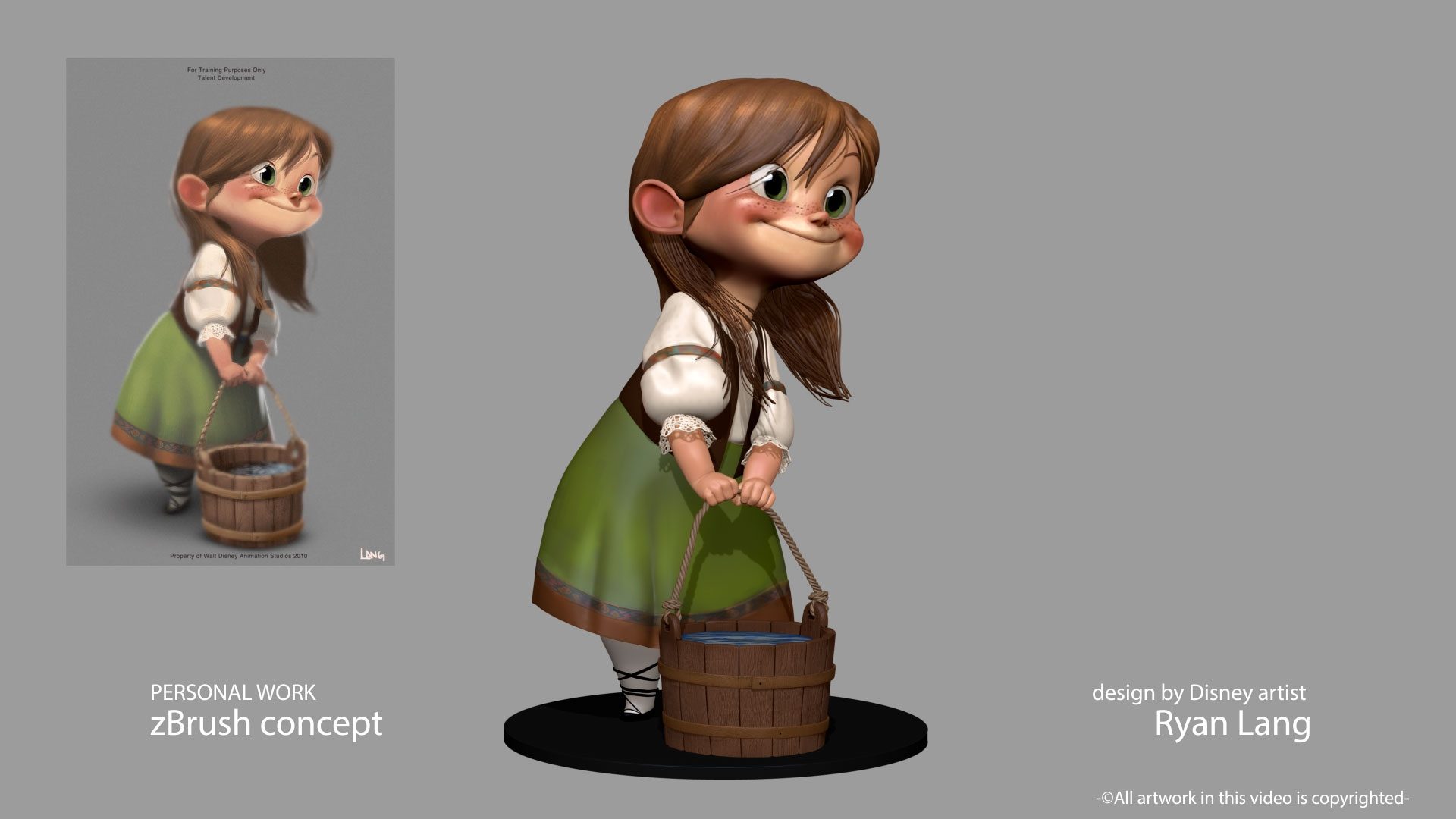 I.A.M. : Where do you get the ideas for the creation of the characters? Is there any difference between the production work from the personal work?

A.S. : I usually start from a pre-existing artwork in both cases. When I work for a movie production many things are decided for me by the director and by the producers (i.e. the style of the character design or what the personality is of the heroes, things like that). There is usually a very good art director and several talented designers who are tasked with inventing the whole universe of the movie and the characters that are part of it. So when I start my work in production I usually get artwork of the character in a hero pose. It is usually a very expressive drawing, reflecting the full appeal of the character and his/hers or its personality. From there I begin to recreate the drawing in 3d. I do my best to keep that appeal and likeness alive in the sculpture. When I work on personal things the concept behind the creation is the same, The difference is that I can personally choose the designs that I want to reproduce according to what inspires me most. 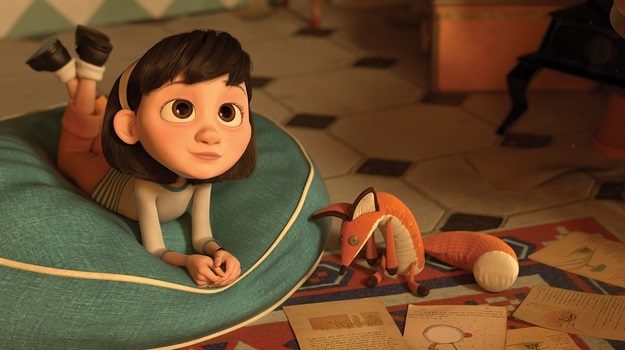 I.A.M. : Inspiration: what a magic subject. Let`s talk about it! Where do you find the inspiration for your art and what are your references both in art and animation?

A.S. : My inspiration is usually born in a very spontaneous way, from whatever attracts me instinctively to a design. There are some character designers that appeal me more than others without their being any particular reason. It`s a personal taste and preference for me. Some drawings can be so rich and alive with just having a few lines and sometimes it`s just a rough sketch. You can`t really read all the details in it, but you can seize the personality of that character. That`s what gets my blood flowing, inspires me and gives me the motivation to bring it to life in three dimensions.

References are a completely different matter. As an artist you need to keep studying for your entire life. Every new shape is a new study. Look at nature or look at things in the real world. Think about every single object that is part of our daily life. Then think about how that single object is designed and if you were to design that object how it can exist in 100 or 1000 different ways. In the end, this gives you an idea of how many shapes a modeler can approach in his or her life and how important is for a modeler to document the shapes that he or she is investigating!!! Personally, I have 3 important references:
– The masters from the past > Bernini, Rodin, and Canova, just to name a few.
– Reality itself, meaning the observation of nature and the real world that is around us.
– Experimental artists whose art I admire like, Mike Defeo, Kent Melton, Damon Bard, Raffaello Vecchione, and Andrea Blasich. 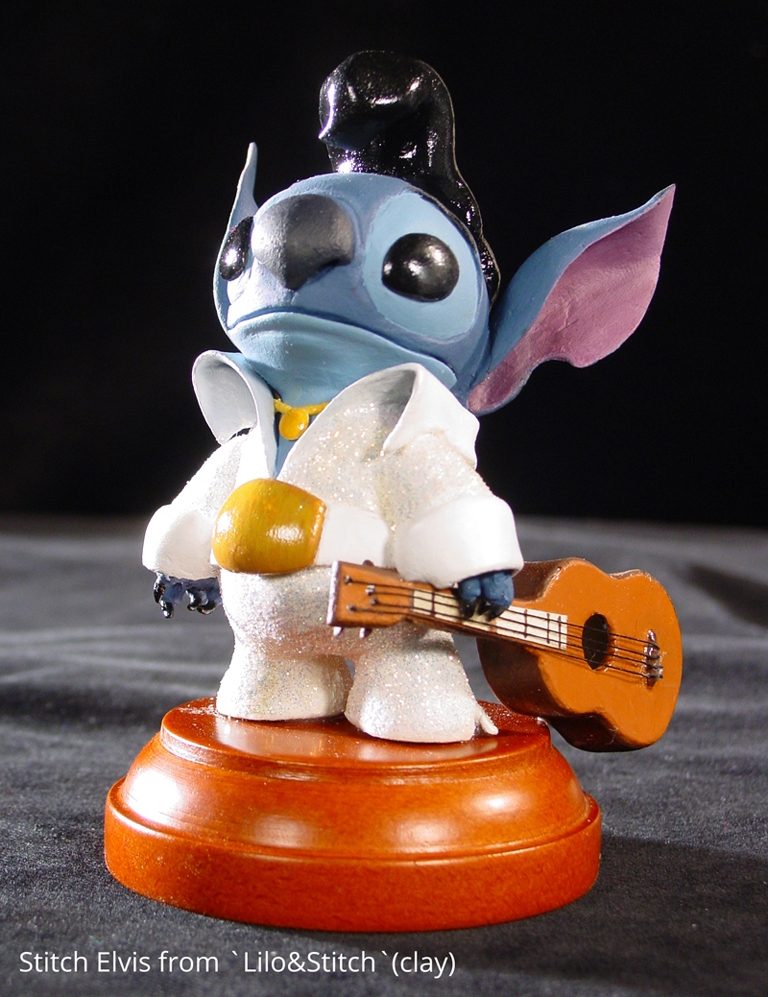 I.A.M.: What softwares do you use? What do you prefer most between classical sculpting and digital sculpting?

A.S. : I work mostly in Zbrush and Maya, but I can use a very wide range of other software’s, which can be very helpful in getting the look that I want like, Mudbox, 3d Coat, UV Layout, and Photoshop.
As far as my preference between real and digital sculpture, that`s a very tough question. In the very beginning I was closer to real clay and I didn`t want to change but after a while, digital sculpting completely took over and now I almost exclusively practice digital sculpting. I love it very much. I go back to clay from time to time to empty my mind. Working with my hands in a physical way helps me to not think of anything. My hands just move themselves and it`s a very relaxing exercise.

I.A.M.: What were the most difficult challenges of getting where you are?

A.S.: As you know I am Italian, and come from a town in the south where there is absolutely nothing relating to visual art and animation cinema production. I had to overcome several difficult challenges over the years. From a personal standpoint, I’ve had to adapt to different languages, countries and cultures. From an artistic point of view I’ve had to adapt to an extremely competitive environment where you need to keep up your skills and be at the top of your game at all times in order to meet the high standards of this industry. This can sound discouraging, but it isn`t. It`s ok to be aware of these difficulties because it’s made me look introspectively at my own motivations for pursuing these goals in both my professional and private life.

I.A.M. : What can you tell us about your production work in Europe and North America? What do you like/hate most of both?

A.S.: European and North American productions are radically different. The main difference is determined by money. The major studios are usually the ones supporting American productions. This gives them quite a lot of freedom in terms of the choices that can be made, from the development of the story, to the talent involved working on the production.

This doesn`t mean that European production have less of an artistic value, on the contrary. Some of the most beautiful animated movies of the last decade came out of Europe. I`m thinking of Song of the Sea and Mune (which I had the chance to work on), Ernest and Celestine, Persepolis, Nocturna, and more recently Klaus, Sergio Pablos`s teaser, and the list goes on and on.

I.A.M.: What can you tell us about The little prince and Mune, recently presented at Cannes and at Annecy, this year which seems to be artistically very rich for your career?

A.S.: Both were produced in Paris with a similar production pipeline. The Little Prince and Mune have been a very important, central experience in my career. I was a lead modeler on both, tasked with the initial development and the proper asset building of the main characters. This has been an incredibly rich opportunity for me, both artistically and in terms of my portfolio. I am grateful that I had the chance to work and grow professionally with the amazing crew that we had. The collaboration we had working with these amazing and talented people has led me to become a stronger and more accomplished artist. 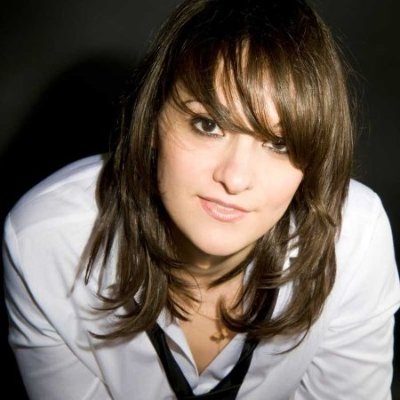