Discover a complete DaVinci Resolve 12 Review by Robert Bates ( Www.robertbates.uk ) Online/Offline Editor and Colourist, who has worked for a lot of clients, from the BBC to National Geographic.

I’ve been using Blackmagic’s DaVinci Resolve software for many years, ever since DaVinci Resolve 7- throughout my whole career working for companies such as the BBC and Sequence Post Production to my current freelance work, for projects ranging from ‘Jessie J – Live at the O2’ to ‘Building Penguin Paradise’ for National Geographic. And this whole time, I’ve been using it primarily as a tool for colour grading. 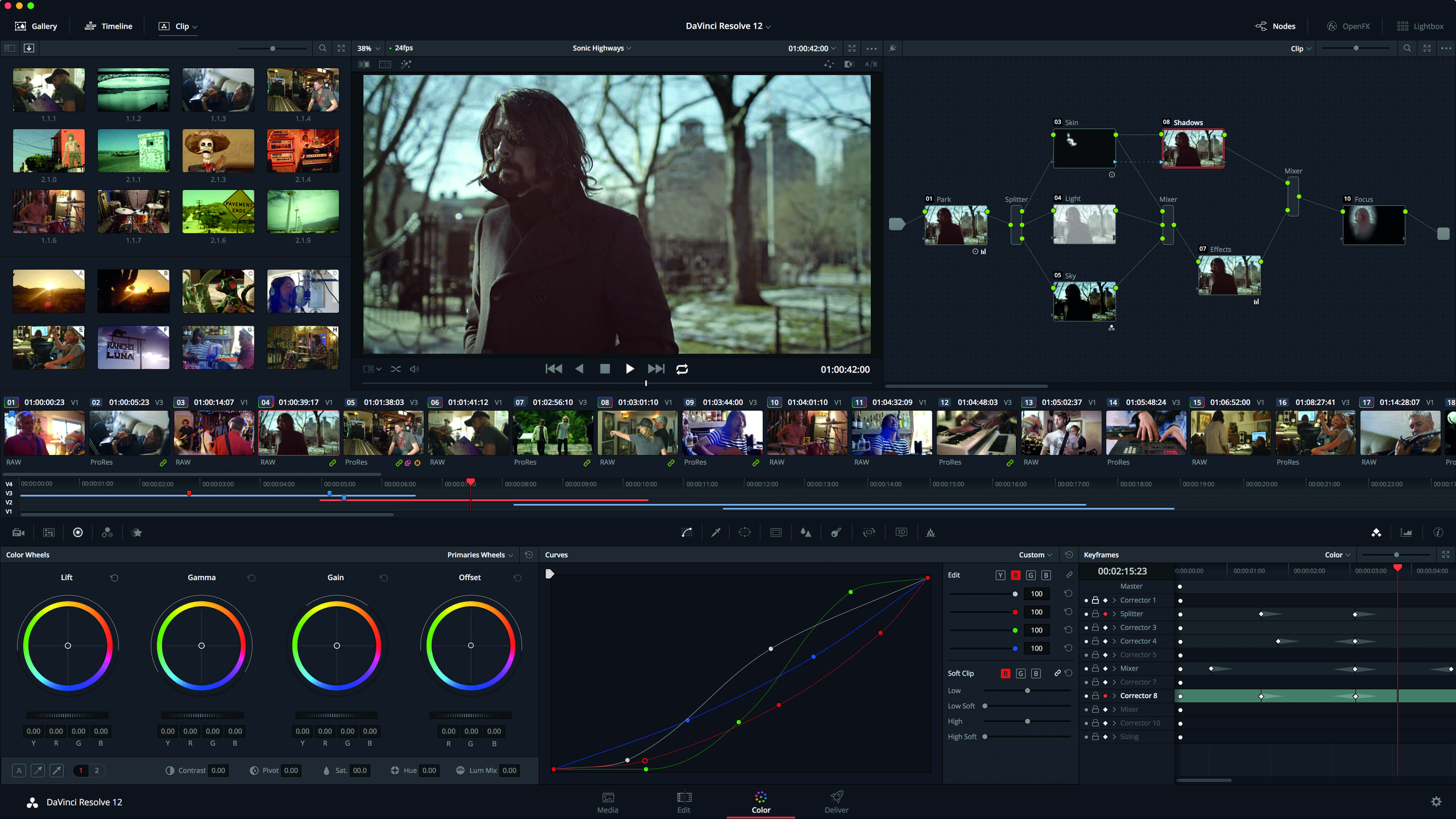 Now, however, Resolve has changed. With version 12, it’s not just a great tool for grading. I’ve begun to explore using it as a part of my freelance editing pipeline too.

Mostly, that’s because Blackmagic have invested a lot of time into developing Resolve’s nonlinear editing toolset for both the free and paid versions of this new release, which has improved vastly since Resolve 11. New editing features include tools that anyone already familiar with other NLEs will know of such as dynamic trim tools, transitions, audio editing and mixing tools, or multi track support with the ability to split video and audio in the viewer and mark different in points for both, so that the audio comes in earlier than the video track after only a couple of clicks.

Multi-cam editing is another excellent new feature, letting editors quickly cut programs from multiple sources and link camera angles based on timecode, in/out points or even automatically based on audio waveforms – it’s great for users of cameras that don’t have time codes such as Go Pros and can be very powerful. Overall, it’s as good as any other Multi-cam feature from another app. 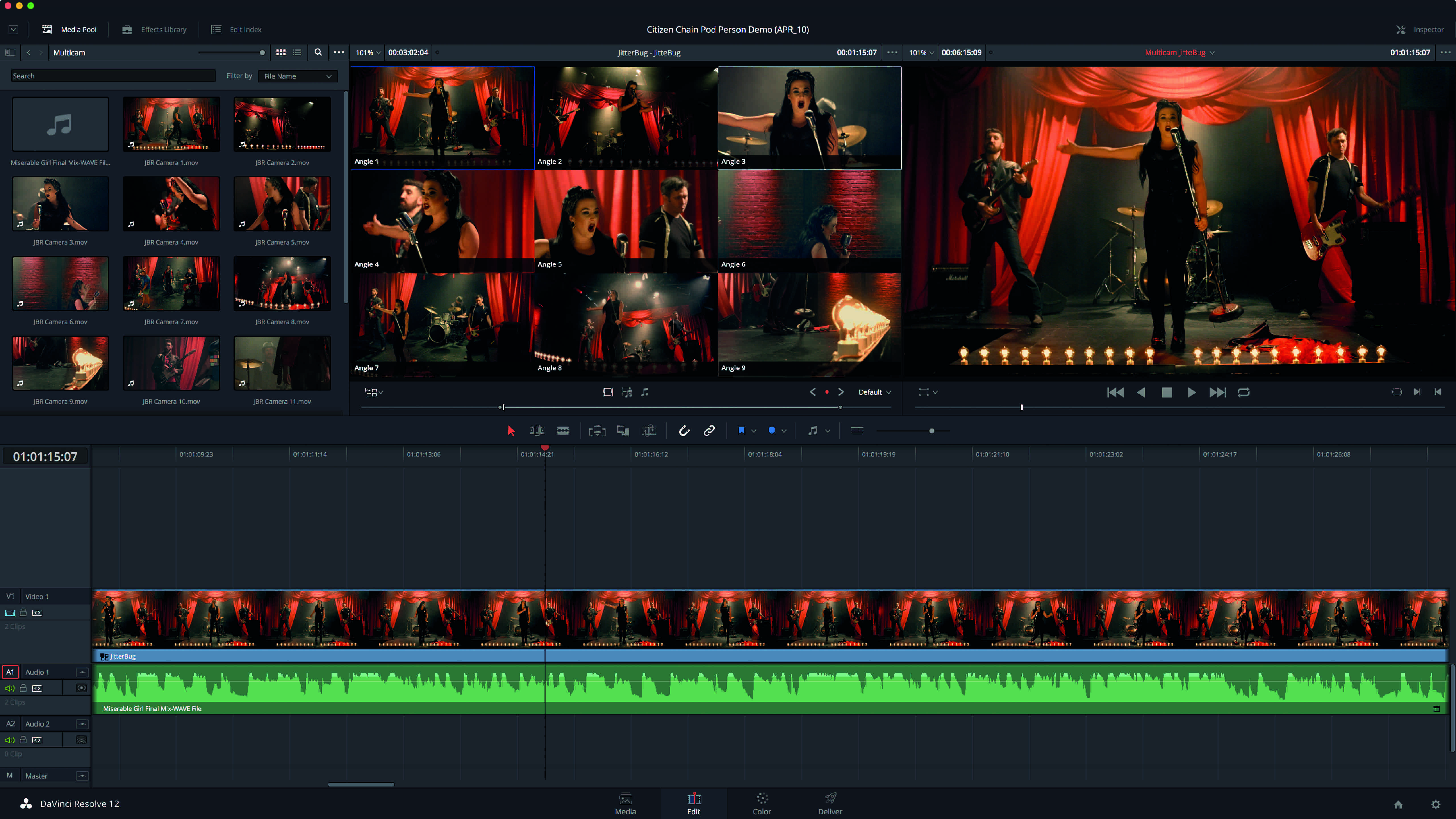 The UI has also changed with Resolve 12, and though it is neater now it does take some getting used to – the Inspector, for instance, may not be very intuitive for some users coming from another NLE, and it took me a while to work out where some of the features were after the change. Still, I was pleased with the fact that with Resolve 12, you can easily keep all your old keyboard shortcuts with settings that will automatically emulate the ones from Avid, Premiere, Final Cut Pro 7 and more according to the user’s preference, so overall there’s almost no learning involved in switching from another NLE, which means you can just crack on with your projects the same you would with another tool.

For anyone who is interested in grading, Resolve is just as powerful as it ever was. You can spend literally hours perfecting a shot when you don’t need to, just because of how much fun it can be playing around with all the different colours and looks you can achieve through grading, or recreating styles that you’ve seen on your favourite shows or movies and learning how it’s all done. Half the time when I collaborate with producers and directors, they tell me that the grade is the part of the process they love the most, and Resolve 12 certainly makes it as fun and easy as ever with keys, 3D tracking, automatic shot matching and more.

Overall, though I don’t think the editing features are developed enough yet to completely switch to Resolve for editing as well as grading, I’m very excited about the idea that Resolve is becoming a full post production tool, and I can definitely see how it could potentially replace other NLEs such as Avid, Premiere, or Final Cut Pro in the very near future. Not having to take a round trip between reconforming the offlines in Resolve to then do the grade, then having to export everything out into a format that needs to be delivered to another NLE like Avid is a fantastic idea in terms of time saving, especially for a freelancer like me. Having the editing tools built in with the grading tools would mean that you can do everything up to the delivery easily directly in Resolve. 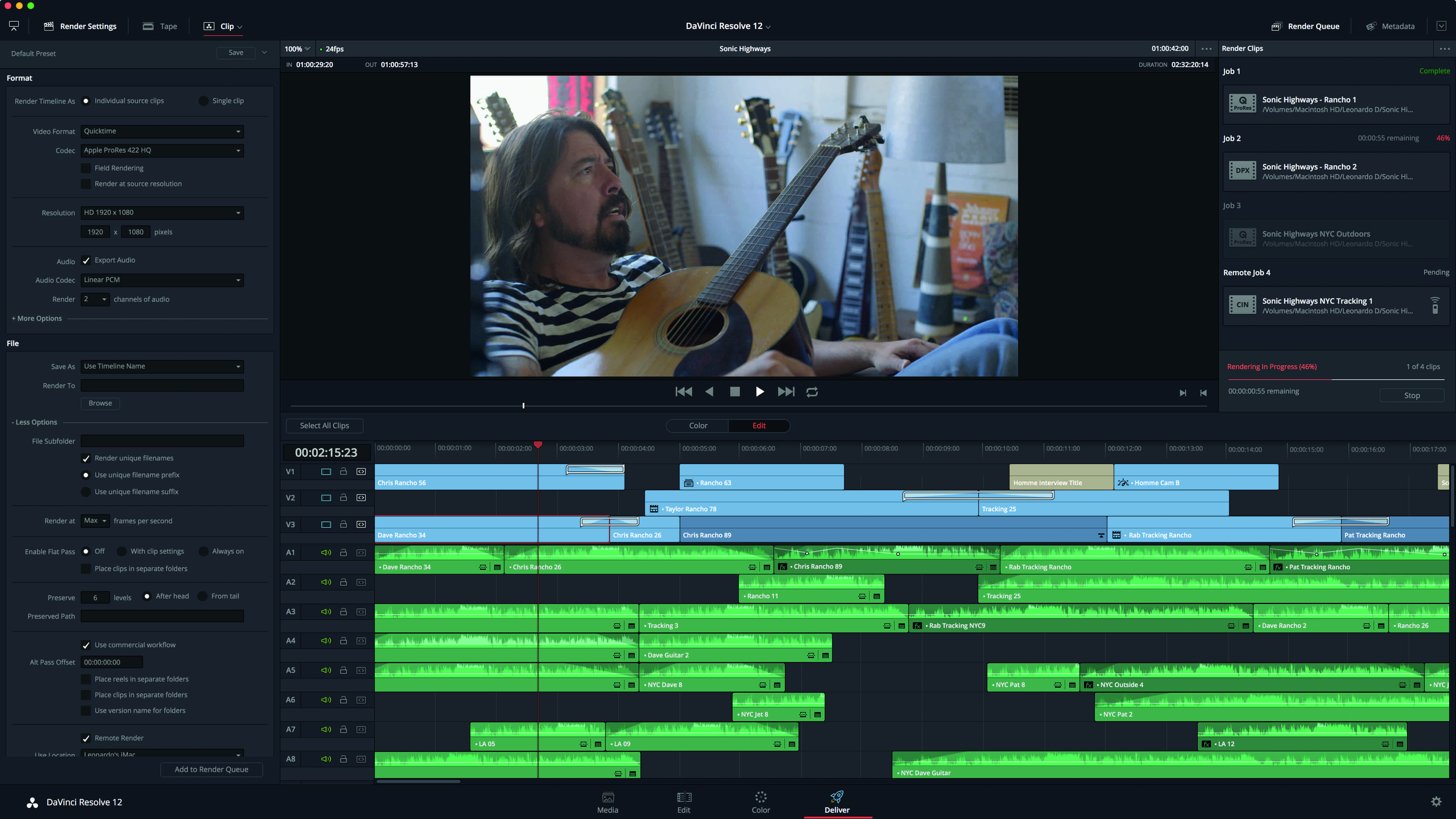 Of course, this is especially true because of Resolve’s very alluring price point: there’s a free version available to download directly from the Blackmagic website, and it can be used for both commercial and non commercial projects. Even the paid Studio version of DaVinci Resolve 12, which is available for $995, is of really good value. Most people who have got it since version 7 have never had to pay for an upgrade which is incredible, I put my hands up to that.

Resolve has always been a great grading tool, and with the new editing features in Resolve 12 it truly has become an incredibly powerful piece of software, offering everything for a complete post production pipeline all in one package. It’s going to be one hell of an industry leader not just for grading, but also the editing workspace for the future, and I can’t wait.